A brief review and synopsis 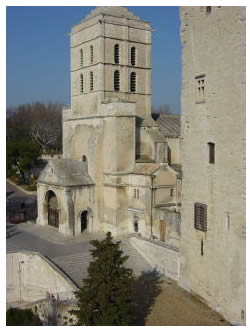 I suppose grand opera in its heyday in the 18th and 19th centuries was just the same as modern day musicals, in that some are well received and flourish whilst others fail to attract audiences and fall by the wayside. Although Beethoven's Fidelio fits into the first category, after its premiere in Vienna in 1805 and two subsequent revisions it has never enjoyed the status of some of the more well known Italian classics and is not performed as often as some. However I became fascinated with it after hearing Haydock Male Voice Choir sing a four part choral version of the "Prisoners Chorus" (O' Welche Lust) some time ago, I seem to remember Frank Hardy and Jack Tresize having solo lines for bass and tenor, and with Mary Davies at the piano it sounded very professional and stirring. Curious to know more about the opera I did some research, the following is a brief review and synopsis:

The opera is set inside a prison just outside Seville where a prisoner Florestan has been held in solitary confinement for two years on the orders of the governor Don Pizarro for threatening to expose his corrupt practices. It contains the classic scenario of the heroine Leonore dressing and pretending to be a man, to get a job in the prison as the gaoler's assistant to find and be reunited with her missing husband. Complications arise however when Marzelline the gaoler's daughter falls in love with her fathers new assistant Fidelio, Leonore's alter ego, transferring her affections from Jaquino the porter. Despite the embarrassment and danger caused by Marzelline's affection, Fidelio must stay calm and continue the deception to gain the gaoler's trust. Rocco the gaoler is pleased by Fidelio's keenness and hard work, unaware that in reality he/she is curious about the prisoner in the secret dungeon and is determined to find out if it is her husband. Rocco though is the only person allowed access to the prisoner and he has been steadily reducing his rations to bring on his demise and rid the governor of the perceived continuing threat. When Don Pizarro receives notice of an inspection visit by the Minister Fernando, he fears the secret prisoner being discovered and decides Florestan must be silenced forever. Rocco refuses a bribe to commit the murder but agrees to bury the body in a disused cistern in the dungeon, insisting Pizarro commits the dirty deed himself. Rocco, who by now is aware of Marzelline's wish to marry Fidelio reveals the murder plot to his prospective son-in-law and is persuaded to take him to the secret dungeon to help dig the grave. As they enter the cell where the starving prisoner lies in chains Fidelio picks out the forlorn figure through the gloom lying on the floor, identifies him as her husband by the sound of his voice and whispers words of encouragement. When Pizarro enters to deliver the fatal blow she throws herself between victim and assailant, producing a pistol and crying "you will have to kill his wife first". Luckily she is saved by the arrival of the governor summoning Pizarro and Rocco to greet him at the gate and left alone, Florestan and Leonore are able to make their escape. Later in the prison courtyard it becomes clear that the minister Fernando has come to unmask the injustice and as Florestan and Leonore enter Fernando recognises his old friend whom everyone assumed to be dead. The opera ends with a terrific celebratory chorus of praise for Leonore's heroism as Pizzarro is led away by his own guards to face justice. Marzelline is left to lament her foolishness.

As you would expect from this composer there is some fine music in this sometimes overlooked opera. The overture is a masterpiece of stirring Germanic proportions complemented by an assortment of fine arias, duets and choruses which bring the story to life. Notably the chorus 'O Welche Lust' (Oh What Delight) sung by the prisoners as they emerge from the depths into the sunlight when they are allowed a rare moment of exercise in the garden, and 'Mir ist so Wunderbar' (It's so wonderful) a chorus in which the cast express their feelings and Fidelio worries about the possible consequences of Marzelline's affection. Despite having a completely different rhythm, the latter is very reminiscent of the melody of the popular Victorian parlour song 'In Cellar Cool' giving a whole new meaning to original story line and turning the dungeon into a tantalising wine cellar.

Links to selected other reading

SITE CONTENT: The articles, guides and other reading material published on this website cover topics including local history, walking, cycling, poems, prose & items of general interest and some ramblings of a slightly eccentric & whimsical nature. They are categorised and listed, and may be accessed via the menu at the head of the page.